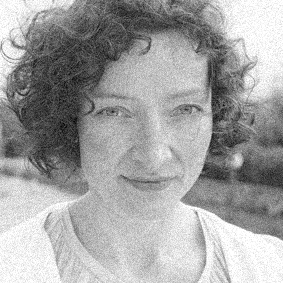 that voice only. what remained unclear after maxie wander was transferred to another medium

From long individual conversations with women, Ursula Rogg develops monologue audio narratives of 8 – 15 minutes in length. The whole thing began with a fascination for Maxie Wander’s letters, which is probably why Christa Wolf probably called Wander a “genius of friendship”. The letters provide information about many things – Maxie’s relationship with Fred, the closeness to and estrangement from friends and sons, the desire to write and the difficulties involved, and the tragic course of early cancer. They give no information about how the monologues in “Good morning, beautiful!” were developed. These text monologues by women from a country of 30 years ago don’t say much anymore, but their sheer existence, the vibration of their inaudible voices means all the more: their directness and the sound (in fact there is a dubbing as LP produced by DT 1981) of these 18 female voices is, to quote sociologist David Graebner – a no bullshit announcement in a media world that has elevated the authentic to content, form and total staging. In and with them, a concern of the 1970s is reanimated on an experimental basis: To see the private as the political, to de-academicise and de-banalise emancipation.

“Conversations with other women are food for me. I am at home in them and can only grasp my boundaries and membranes more precisely in contact with them; the longer the more. With this recently started audio project I am setting a small monument to this fact.”
Ursula Rogg

Ursula Rogg is an artist, author and educator. Her texts and audio plays live from the joy of developing and trying out artistic formats at the interface of voice, space and psychology.