The Complex Relationships of Gender and Class in Urban Space

(Portions of this essay are taken from the introduction to The Routledge Companion to Modernity, Space and Gender, edited by Alexandra Staub and published by Routledge in 2018.)

Most disciplines have a long history of defining “humans” as gender-neutral individuals, which generally means the male has been taken to represent the whole species. This is certainly true for disciplines that explore spatial constructs: analyses of spaces, along with their production, use, and meaning, have traditionally described a user who is been assumed to male. In architecture, for example, theoretical treatises have historically either ignored the presence of women in the built environment, have limited their concerns to specific problems such as “safety”, or have usurped distinctively female experiences as somehow being within the realm of male knowledge and expertise.

Yet gender, like race, ethnicity or class, helps define who we are; the mosaic of possible experiences based on these parameters enriches our understanding of spatial and social phenomena. Layering female experience into common readings of space and the cultural concepts it stands proxy for allows us a deeper perception of our society and the spaces it has created. This is especially true when examining the common binary of public urban space versus private domestic space.

The urban streetscape and the home have, at least since the nineteenth century, been associated with men and women, respectively. Yet the equation is more complex: working-class women have always worked outside the home at factory or service jobs; only in the late nineteenth century did spaces such as department stores allow upper-class women to venture into urban spaces on their own. Access to space thus has a class as well as a gender aspect. The most famous protagonists of modern space, including Charles Baudelaire’s and Walter Benjamin’s famous flaneurs, were privileged, upper-class males who could saunter through urban space at will, owning the city with their gaze.

A further binary exists where modernity has been contrasted with traditionalism. This dichotomy, too, has taken on implied aspects of gender, a result of theorists creating a hierarchy and accepting both modernity and the male experience associated with it as experientially superior. Marshall Berman, in his analysis of modernity, describes how Goethe’s Faust seduces and then dismisses a young village girl (emphasis mine) as evidence of a “modern … culture[al] hero,”i a point that literary theorist Rita Felski describes as, “[w]oman […] aligned with the dead weight of tradition and conservatism that the active, newly autonomous, and self-defining subject must seek to transcend.”ii The view of the modern male impeded by tradition that is female is a staple of modernist lore. Although the European high modernist architects of the 1920s admiringly presented the “new woman” as enjoying fast cars and the recreational time afforded through being bestowed with modern appliances and easy-care houses, such flouting of gender conventions was only short lived. When Ernst May, the architect responsible for much of Frankfurt’s modern worker housing of the 1920s, returned to Germany in the 1950s gushing about new neighborhood units to be built as anchors and security for the “modern nomad”, it was clear that this restless nomad would be male.iii

What does it mean to be Modern?

Modernity, as a concept, has deep implications. Governments emphasize their modernity as a way of asserting their position in an international hierarchy.iv Modernity is seen as using growth and change in a quest towards being competitive and up to date. Lack of modernity is considered backwardness, and is seen as a stigma.v In the marketing of housing, modernity is usually defined as new and up-to-date, implying status for the buyer. Yet the latest aspirational homes can become a vehicle for tradition, as community activities that once took place in public spaces become incorporated into a private domesticity offering many of the same spaces for socializing and entertainment. The home becomes a framework for recreating conservative gender roles and for showcasing wealth and status. Such status is implied through materiality, but also through the hired (service industry) or unpaid (housewife) labor required to maintain the home and the carefree family life within. As appliances or poorly-paid labor take over domestic chores, spatial and social demands of the home expand to meet standards set by social hierarchies.

Considering the links between spatial, architectural and social modernization, it comes as no surprise that even progressive societies are often suspicious of women who are “too modern” in their claim to space, especially when such claims seeming to go hand in hand with campaigns for women’s suffrage, sexual self-determination, or advanced career opportunities, actions that all require access to and control over public, urban space. While modernity as a technical process implies an economically competitive advantage, as a social process it often questions traditional systems of hierarchy that national decision makers rely on to maintain their perceived advantages. Even in countries that consider themselves thoroughly “modern”, there is a complex relationship between the technical modernity that fosters material progress and economic dominance, and the social modernity that purports to extend individual rights, in this case to women.

The public-private binary, and with it male and female space, express among other things a power hierarchy. Modernity and its associated public space have been celebrated through the male gaze, and despite women’s presence in both public and private space, women’s perception of and interaction with public space remains within the realm of the “other” in a way that questions the very existence of such experience. Feminist theorists have noted that the encounter of modernity in literature and art is described from a male vantage point, and that this has resulted in hierarchical gender binaries based on female “otherness.”vi The experience of modernity in space, both architectural and urban, follows similar patterns. Once more invoking Charles Baudelaire’s, and later Walter Benjamin’s flaneur, the archetype of the modern, urban (European) male interacting with an urban space, these powerful images have clawed their way to the forefront and erased a more nuanced view. The perspective of the flaneuse, where she is allowed to exist, remains largely invisible. 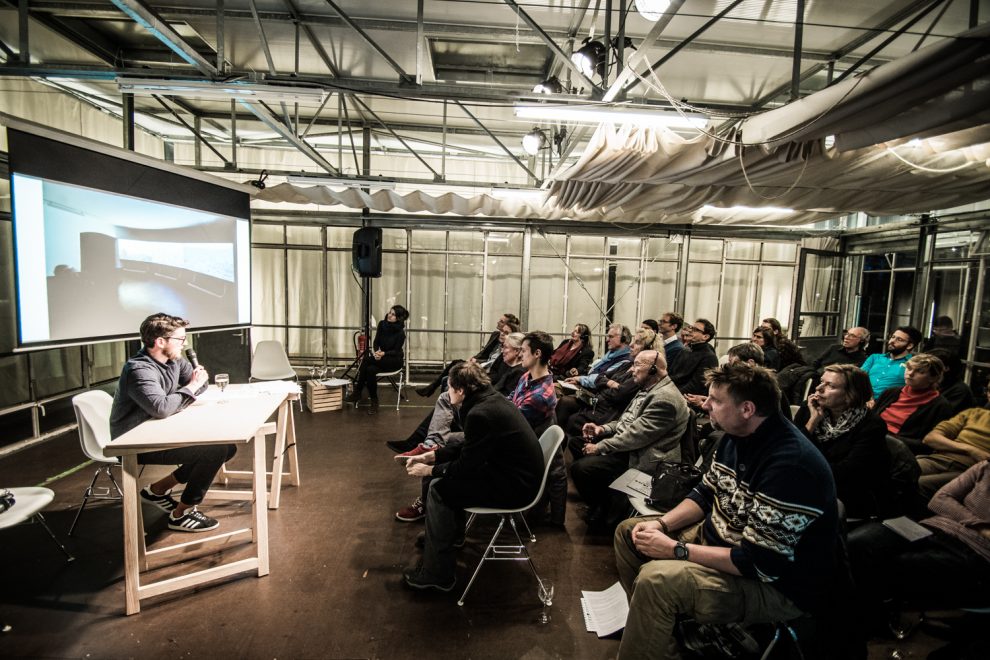 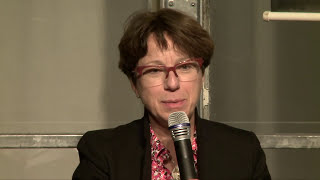