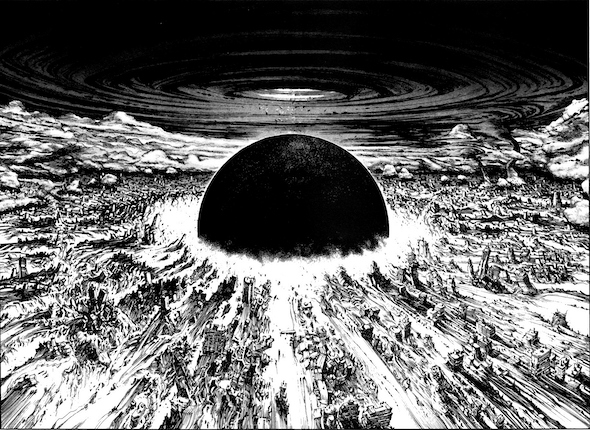 In 2019, after the end of World War III in the rebuilt mega-city of Neo-Tokyo, a city plagued by political corruption, anti-government demonstrations that are brutally put down and daily terrorist attacks, Kaneda, the leader of a motorcycle gang, finds himself in street battles with rivaling gangs. During these fighs, his group encounters a child with supernatural powers who has escaped from the military’s experimental facility. When his brother Tetsuo cannot avoid a collision with the child, he is taken to the military institution, where he also seems to develop supernatural powers, which he gradually learns to master. In his greed for power and recognition, however, he becomes more and more consumed by that power himself. When even the concentrated strength of the military is not able to banish Tesuo’s psychic powers, only the revival of the first medium – Akira – seems to be able to put an end to it all.

There is a general consensus that AKIRA from 1988 is largely responsible for the breakthrough of Japanese cartoon and animation art in Europe and North America. The manga original was realized by creator Katsuhiro Otomo with an unprecedented level of detail that still fascinates in equal measure today. AKIRA rewrote the rules of animation with 24 frames per second, the movements are unusually fluid, shot in full Cinemascope format and with a color palette of 312 colors, it is the most colorful hand-drawn animated film ever produced.