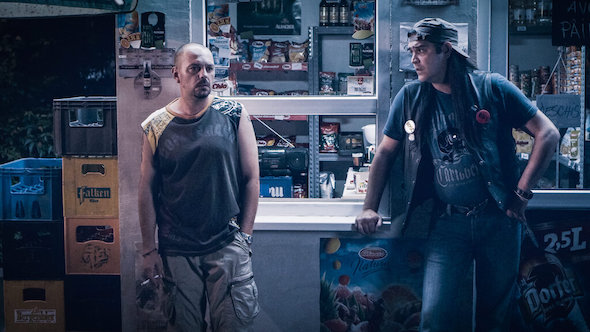 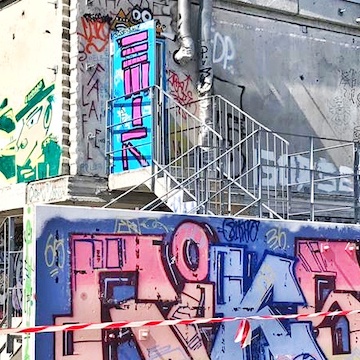 A prefab building on the outskirts of Bucharest. The day is drawing to a close and night is slowly falling. The neon signs on the neighboring roofs flicker. A warm orange light shines from the windows of the apartments. An aging couple ponders a missed life with a common child they never had; A desperate man cannot gain entry into the house to ask his lover for forgiveness; A young prostitute desperately tries to escape to a new life after a last visit with a client.

For the duration of the film “București Non Stop” we get an intimate insight into the lives of the various protagonists, living through their current worries and problems with them. In stark contrast to the uniform spatial and residential structure of the solitary block on the outskirts of the city is the diversity of its inhabitants. As different as these lives are, the storylines come together in one person – Achim, the operator of the “Non Stop” kiosk.

This sincere comedy-drama from 2015 by Romanian actor, director and producer Dan Chișu lives from its dense atmosphere and the honest performance of its characters.