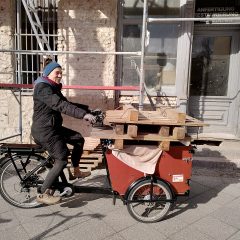 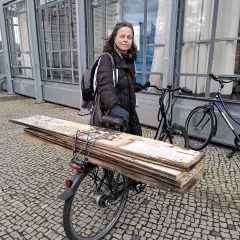 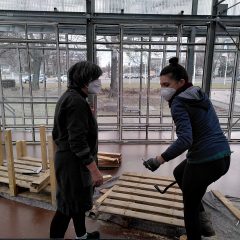 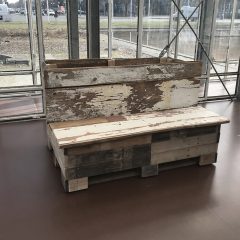 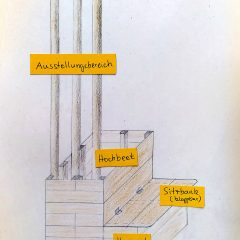 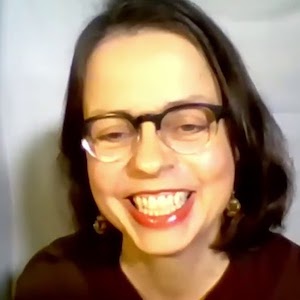 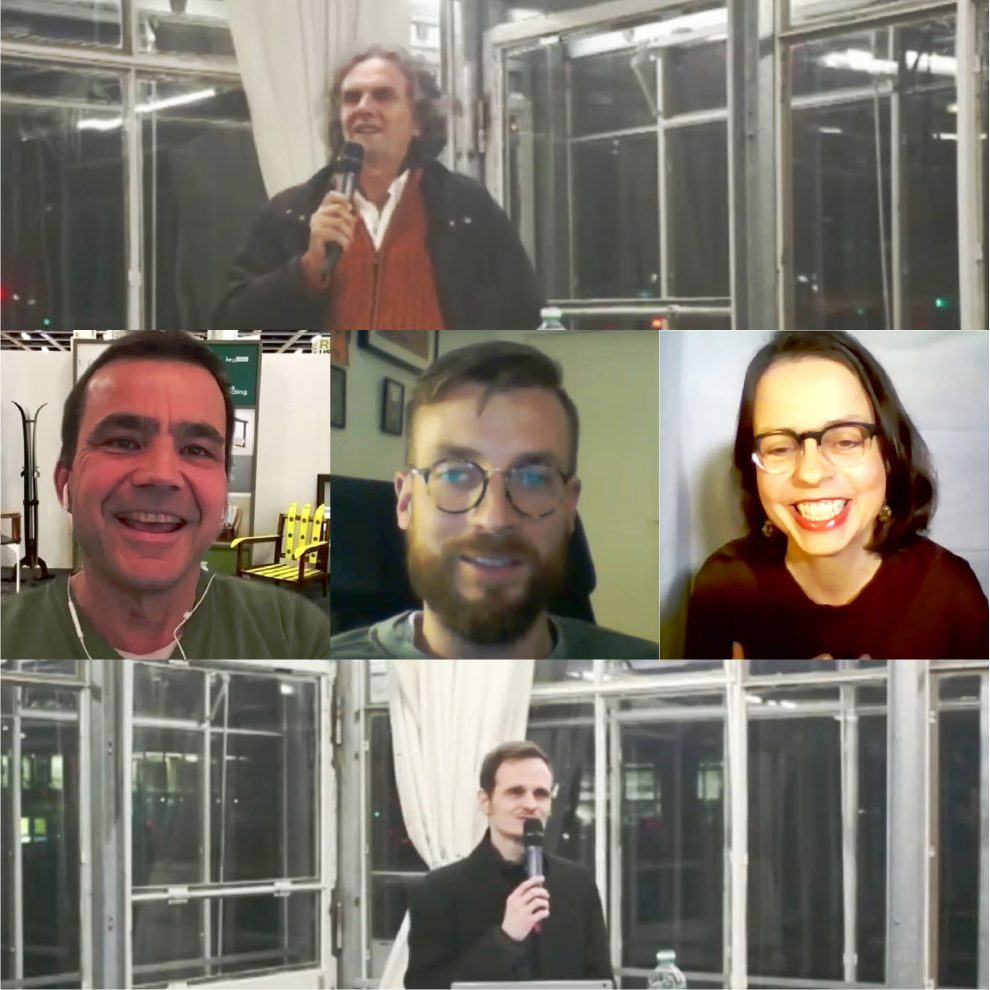 Within one week the prototype of a raised bed will be built at bauhaus reuse. Four of these multifunctional raised beds will be placed on the nearby Karl-August-Platz and are intended to promote neighborly encounters. The process of creation will be documented from sketch to planting.

In the raised bed laboratory, raised beds with seating, composting and display options are being created for Karl-August-Platz in Charlottenburg. Following the idea of sustainability, a prototype is being built with as much scrap wood as possible according to the design of Gudrun Ingratubun. She is supported by Kaya Triebler and Kunigunde Berberich, who are also involved in the AG Kiezkultur of the neighborhood initiative Karl-August-Kiez_lebenswert. The project is supported by the project fund #2030 of the staff unit Education for Sustainable Development.

The main function of the raised bed built on a pallet is urban gardening, growing vegetables and grains, wildflowers and dyer plants in a neighborhood with dense development and little green space, which is particularly missed in the pandemic. The choice of plants is coordinated in exchange with neighbors.

In addition, the raised beds are also designed as a place to meet and rest. Hence the attached foldable bench. Under the bench there is space for gardening tools or compost, so that the raised bed ideally provides itself with humus-rich soil.

At the back of the raised bed are 3-meter-high robinia poles, which on the one hand suggest a sense of forest, and on the other offer the possibility of installing exhibitions and visualizing neighborly exchange.

At the end of March, three more beds will be built directly on the square in a neighborly community effort and planted in early April.

During the temporary closure of Krummen Straße, which is adjacent to Karl-August-Platz, the raised beds will become part of the planned accompanying art actions.