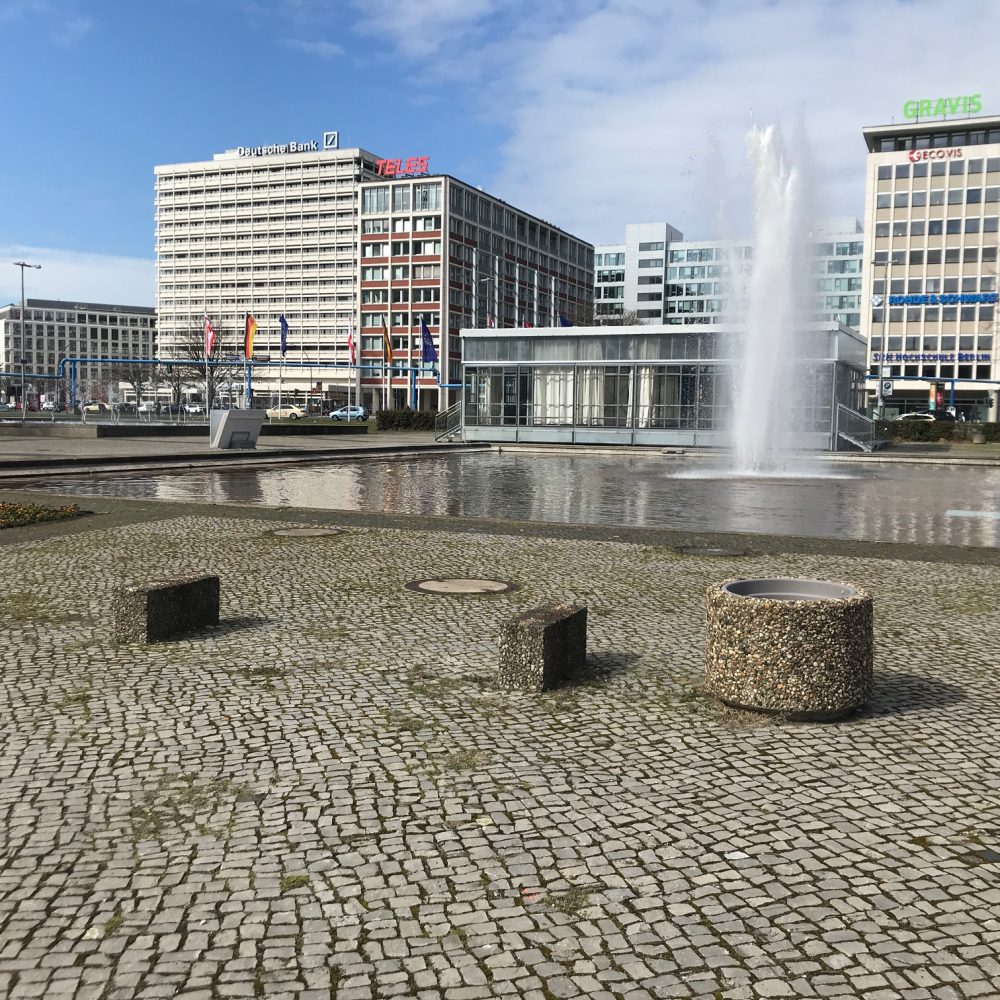 On March 6, 2021, the Berlin architect, urban planner and painter Werner Düttmann would have turned one hundred.

One of his works, the open space and square design of Ernst-Reuter Platz, now a garden monument, was completed between 1959 and 1960.

This year, the benches on Ernst-Reuter-Platz will be renovated by trainees from the Knobelsdorffschule Berlin in cooperation with BHROX in accordance with the monument’s requirements.

The work is to be accompanied. A 20-minute audio piece is planned, which on the one hand accompanies the work process with tree felling, woodwork, concrete base construction, steel construction, up to the assembly and on the other hand deals with the work of Düttmann himself and interviews experts and companions. In addition, the project also deals in general with the meaning and function of benches in urban space. Passers-by are interviewed, and the trainees themselves also have their say. What connection do they have to Walter Düttmann? Do they actually know what kind of bench they are renovating? What do benches actually mean to them?

At the end of the refurbishment, a QR code will be installed on the bench, giving interested people and passers-by the opportunity to take a seat on the Düttmann benches and listen to the audio piece. In addition, the podcast will also be offered on our website in combination with photo material.