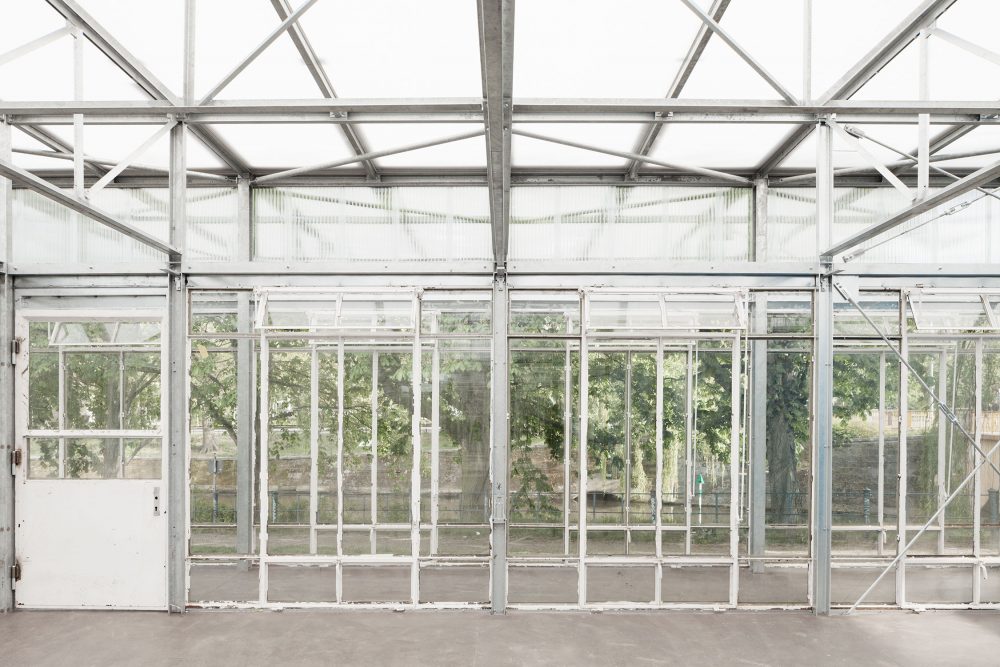 When renovation work on the Bauhaus building in Dessau began at the end of 2011, this involved, among other things, the replacement of the windows from 1976, which had already been renewed on the occasion of the 50th anniversary of the Bauhaus by a GDR renovation and had replaced the originals from 1925/26. The removal of the windows was primarily due to energy-related reasons; the oversized elements with single-pane glazing and uninsulated steel profiles had made it increasingly costly to operate the building in the winter months in particular. In addition, the inadequate sun protection in summer led to overheating in many rooms.

Originally, the Bauhaus building in Dessau was equipped with various types of steel windows, which were replaced with replicas on the occasion of the 50th anniversary of the Bauhaus. The replicas could be reconstructed largely true to the original due to a window segment that was preserved until 1976 and largely spared from wartime destruction.

With the Bauhaus windows, the bauhaus reuse not only adopts the architectural language of modernism, which is oriented towards transparency and the flooding of light, but also the traditional problems of this façade construction method, whereby this is taken up as part of the concept with an experimental implementation. The Bauhaus windows represent the technical state of the art of almost 40 years ago or – since it is a replica of the original – of almost 90 years ago. The aim of the project is the reuse with the least possible change and thus, in addition to the repeatable dismantling of the components, also the conscious thematization of the change to the requirements in building.

The windows were not installed in the original way, i.e. as the façade of a skeleton-solid building, but were hung on their own and singled out in front of an equally filigree steel structure. In this case, a simple form of construction was used, working with what was already there and adding new elements to the structure only to a minor extent. The bracing of the structure is done, among other things, with sea containers, which are located inside and used as opaque room cells for sanitary and storage space. bauhaus reuse is completely disassemblable and reassemblable, which means that all components of the temporary and mobile building, which covers approximately 174 square meters, can be reused in a resource-saving and sustainable manner.

The bauhaus reuse thus brings components from an earlier state of building history into a new challenging structural situation, juxtaposes them with the expectations of today’s building and combines this in an experimental way with the demands of a resource-saving recycling or re-use building, which offers a forward-looking approach based on this experimental examination of resources and building methods. The climatic concept is implemented with passive measures as a “low-tech solution”. The air-conditioning is controlled in experimental intention by simple measures and without technical building equipment. Natural ventilation is used, which builds on the ventilation possibilities of the window elements that already existed and were foresighted at the time, as well as coordinated curtains for sun and heat protection, as these are used in practice in various comparable buildings in the sense of simple construction.