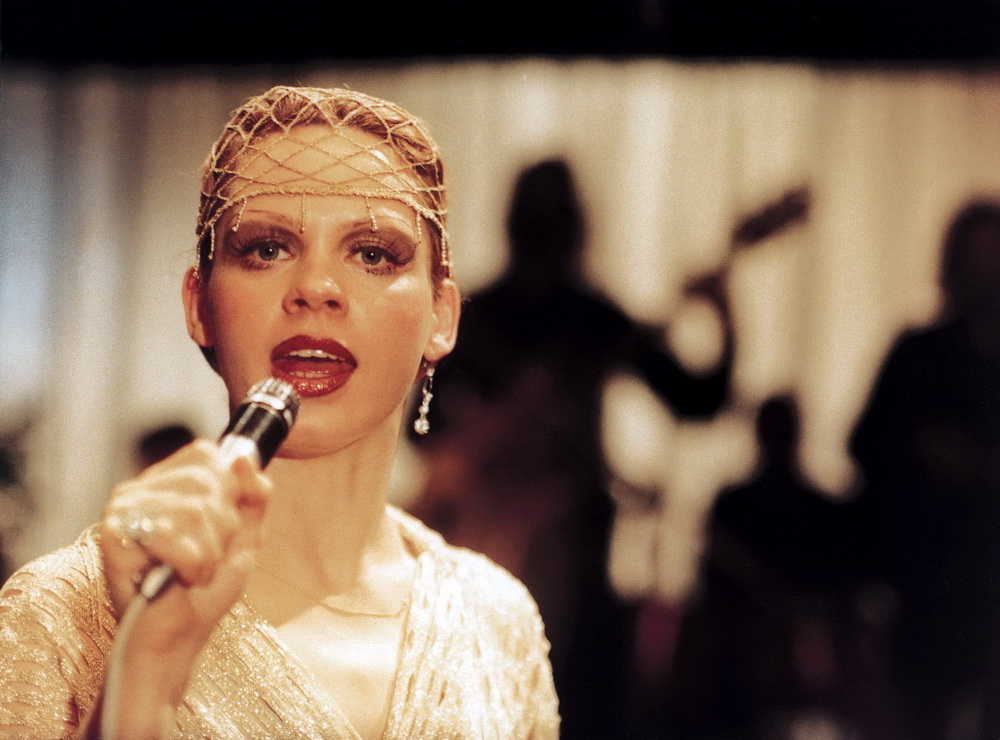 In memory of the actress Renate Krößner, who died last week, we present the film Solo Sunny, in which she plays the pop singer Sunny, who is touring the East German province with an entertainment group. For her role she was awarded the Siberian Bear for best leading actress in 1980. A wonderful film, which we would like to include in our film series “modernpunk”. Independent artists* were always a bit suspicious in the GDR and surrounded by a touch of the antisocial.

Sunny, a single racket singer, who is suspiciously eyed by the neighbours in her house in Prenzlauer Berg, is part of a show programme with singing, magicians and acrobatics, which tours the cultural centres of the country. There she is exposed to the whims of her male colleagues and the tour manager. She has no luck in love, some only want to make a quick buck, others indulge in unrealistic daydreams. After being kicked out of the entertainment group, she returns to her old job for a short time, but does not stay there long and joins a new band. Only someone like Konrad Wolf could afford to shoot such a film in the GDR and bring it to the cinema. In his last work he shows people with dreams beyond the state doctrine and a grey, run-down picture of Prenzlauer Berg in the late 1970s. A time when most people dreamed of an apartment in a new building.