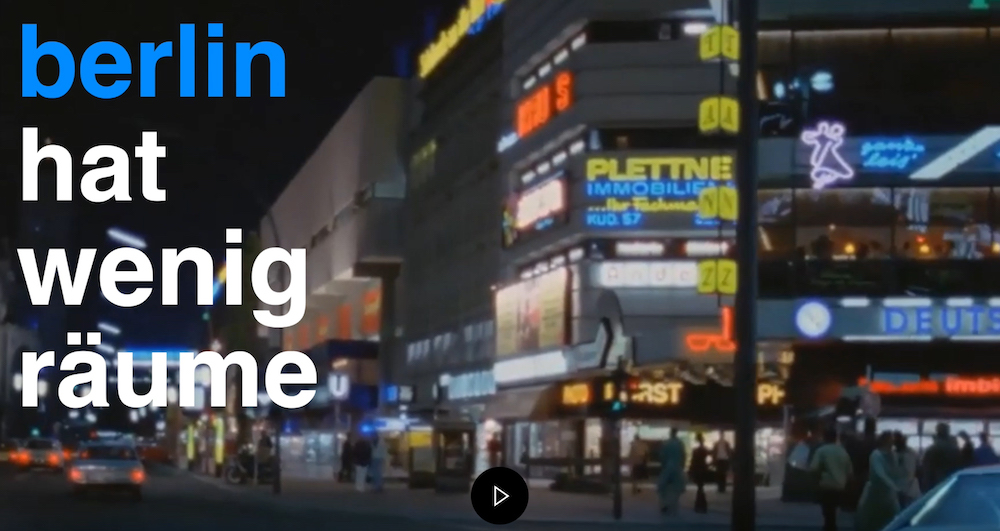 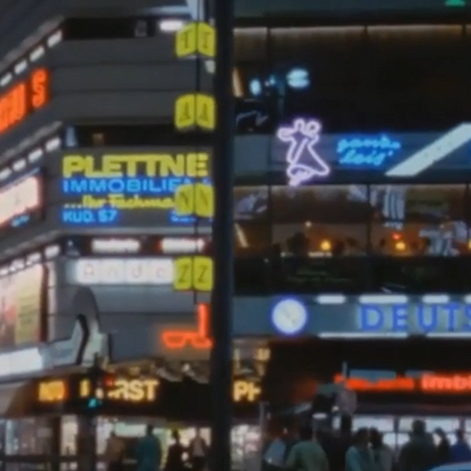 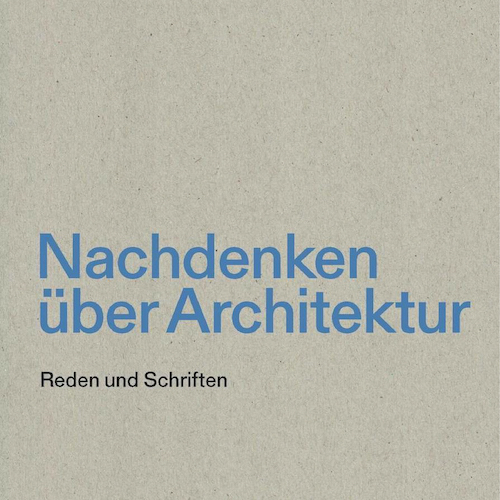 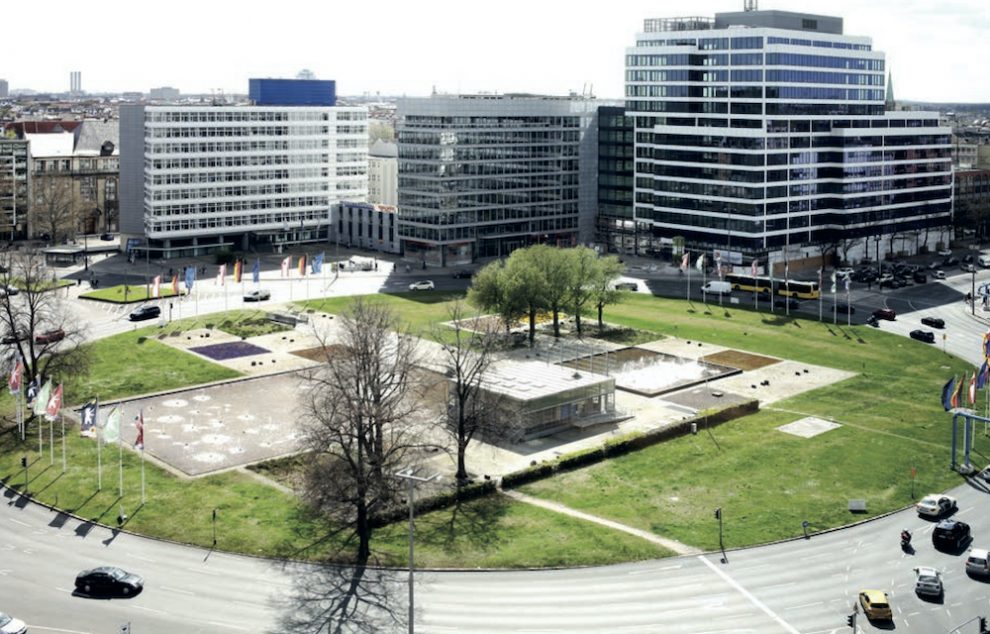 BERLIN IS MANY CITIES. The architect and urban planner Werner Düttmann
Exhibition by UdK Berlin – History of Architecture + Theory of Architecture and
BHROX bauhaus reuse on Ernst-Reuter-Platz.
October 28 – November 26, 2021, daily (except Mondays) 12:00 – 18:00

Access to the exhibition only according to 2G+ regulations: a vaccination certificate or proof of convalescence in addition to a daily negative test certificate must be presented before entering

Werner Düttmann is one of the most important architects of Berlin’s post-war modernism. The exhibition shows Düttmann’s extensive buildings in comparative plan representations and combines them with cinematic and photographic reflections. On display are student works that are the results of a research-based seminar at the UdK Berlin – History of Architecture + Theory of Architecture in cooperation with BHROX.

On the occasion of the 100th anniversary of Werner Düttmann’s birth, the exhibition at BHROX has a special reference to this location. The central island of Ernst-Reuter-Platz (1960) was designed by Werner Düttmann and is now a modernist garden monument. The student works represent an analytical, at once vital and empathetic engagement with Düttmann’s work and zeitgeist. Entirely in the spirit of a lively and discursive approach to the building culture of modernism and the city, which the BHROX bauhaus reuse embodies, not least through its presence at this location – and thus promotes the dialogue with the architectural heritage and in the preservation of historical monuments as a comparatively young as well as forward-looking and discursive discipline.

From a text by Düttmann, whose title the exhibition and seminar bear, one quote in particular conveys this approach to engagement:

«Real vitality, however, is the initially unplannable, for which we must plan. Our task is therefore absurd. It is absurd also in the historical dimension, in the preservation of the ancestral places and spaces that we love; for we preserve them only by living in them, that is, by changing them, but how do we preserve changing, how do we change preserving? […] ‘The old questions, the old answers,’ Beckett writes; the only question is how old? If they are old enough, they almost seem new again. […] Apparently it is easier to do justice to the grandfathers than to the fathers. But their thoughts will also have a chance to be understood when our sons grow up. We should not hesitate to do ours. We should hesitate.»

That not hesitating to do what is ours can also mean that we should hesitate captures the dialectical or dialogical thought in dealing with planning and preserving, and with this formula, which may at first seem cryptic, at the same time gives an insight into the manifold iterations of dealing that can be involved.

The text dates from 1976, the same year of construction – mentioned only in passing – of the reused Bauhaus windows of the bauhaus reuse, which for the exhibition carry the planning work of the students who are getting to the bottom of Düttmann’s numerous buildings on the square and today.

The exhibition is accompanied by a media action in cooperation and with the support of WALL GmbH, in which a short film by students of the UdK Berlin can be seen in the subway station Friedrichstraße until the end of November, thus offering a conclusion to the Düttmann anniversary year 2021.

The exhibition is the result of the seminar of the same name in the winter semester 2020/2021, which made a contribution to research-based learning on the occasion of the 100th birthday of Werner Düttmann and took place at the Chair of Architectural History + Theory at the UdK Berlin, Prof. Dr. Matthias Noell, in collaboration with Robert K. Huber (BHROX).

The course set off in the times of the pandemic to the buildings of Düttmann, who not only as an architect helped to shape the post-war period in Berlin. From the 1950s onward, he was involved in significant buildings and major planning measures in western Berlin; among his best-known and typologically most innovative are the Akademie der Künste on Hanseatenweg, the Brücke Museum in Dahlem, and the Church of St. Agnes in Kreuzberg, which can now no longer be experienced in its original spatial structure due to reconstruction. But Düttmann was also active as an urban planner, Senate Building Director and, last but not least, as President of the Academy of the Arts. But much of his work involved housing construction in the form of reconstruction in West Berlin in the immediate postwar period, mass housing and large housing estates, urban gap filling and, of course, smaller detached apartment buildings and row houses. Werner Düttmann can be considered one of the most important architects in the search for a new and appropriate form of housing in this era.
As far as it was possible, the course took place in real time, face-to-face, at the location of the originals – and in cooperation with the Berlin institutions and residents residing in the buildings – and lastly, due to the lockdown, in the digital seminar.

«Abolition of hysteria – planning and realization of a de-ideologized, i.e. factual and thus human coexistence of East and West or North and South or young and old.»
Werner Düttmann, 1968

The exhibition will be opened with the reading «Paulick reads Düttmann» on the occasion of the book presentation of «Werner Düttmann. Thinking about Architecture. Reden und Schriften», edited by Sibylle Hoiman on behalf of the Akademie der Künste, Berlin (Wasmuth & Zohlen, 2021). From today’s perspective on architectural history, a woman’s voice deliberately takes on the task of reciting the unbuilt, written Düttmann in excerpts in a reading. As the granddaughter of the architect Richard Paulick, the actress Natascha Paulick has not only a biographical, but also a personally active connection to the preservation and communication of the building heritage of the «Double Berlin» of the post-war period. The importance of the «Double Berlin» for the architectural-cultural and historical development and the necessity to think and mediate the East-West modernism of Berlin together was brought back into the focus of civil society and professional interest in 2021 with a renewed application for inclusion in the UNESCO World Heritage List. A heritage with which the concern with Düttmann is not insignificantly connected.

«We shouldn’t hesitate to do our part. We should hesitate.»
Werner Düttmann, 1976