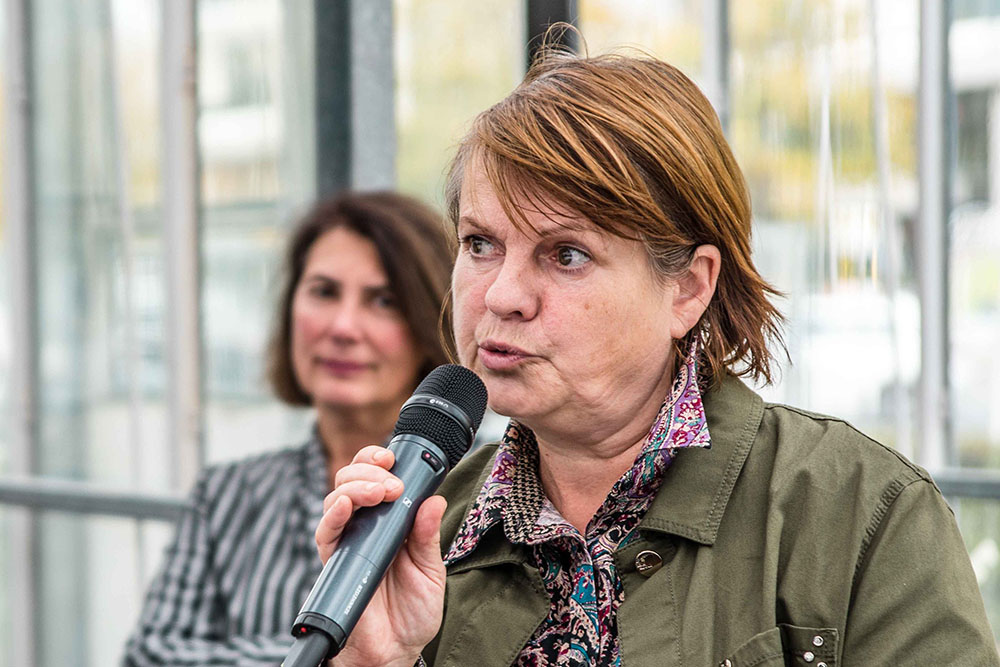 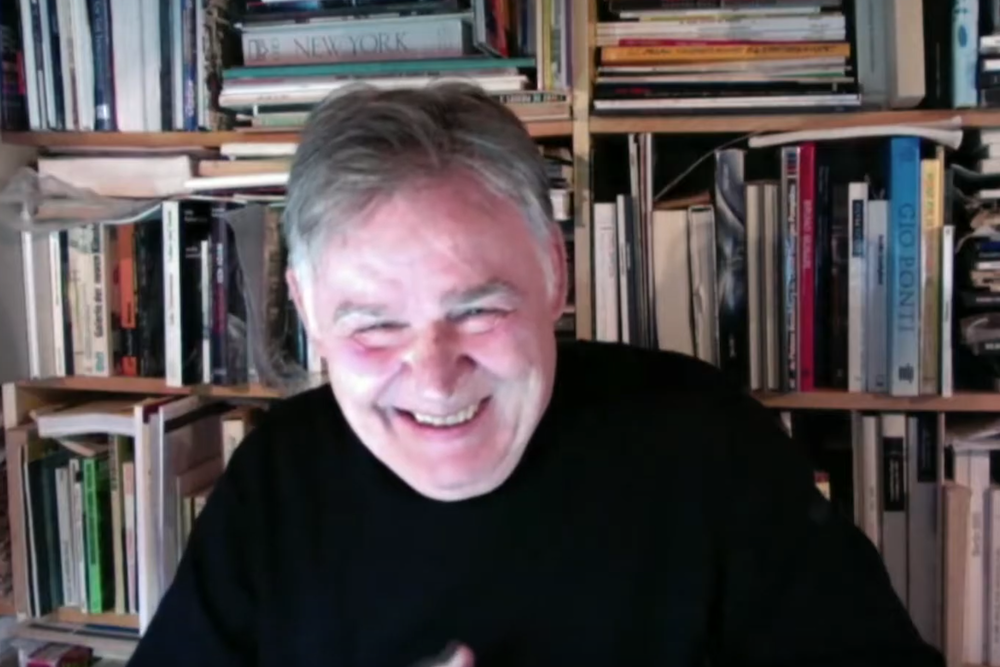 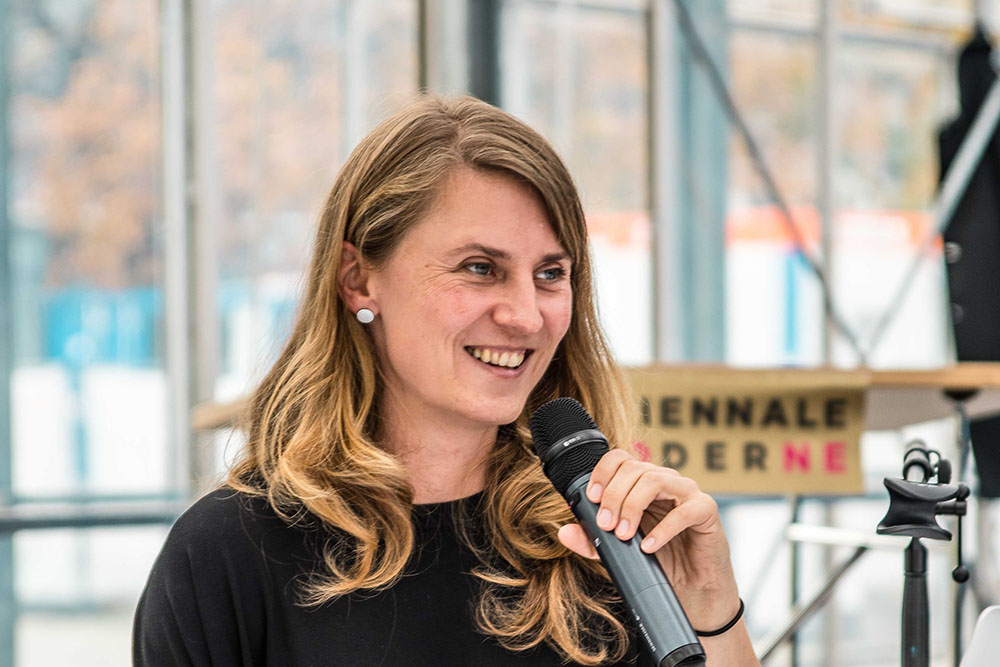 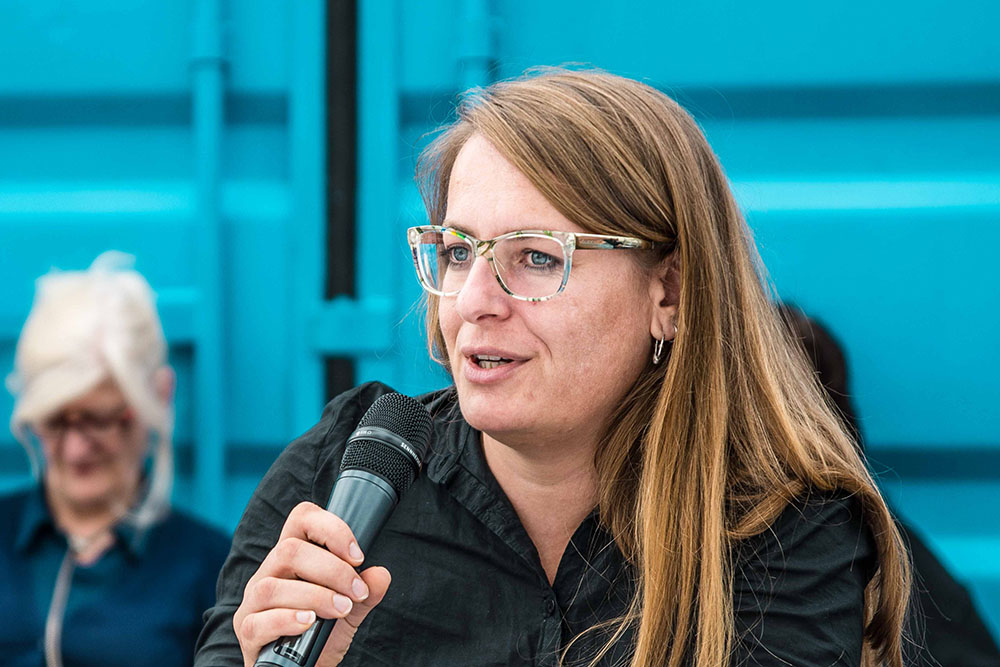 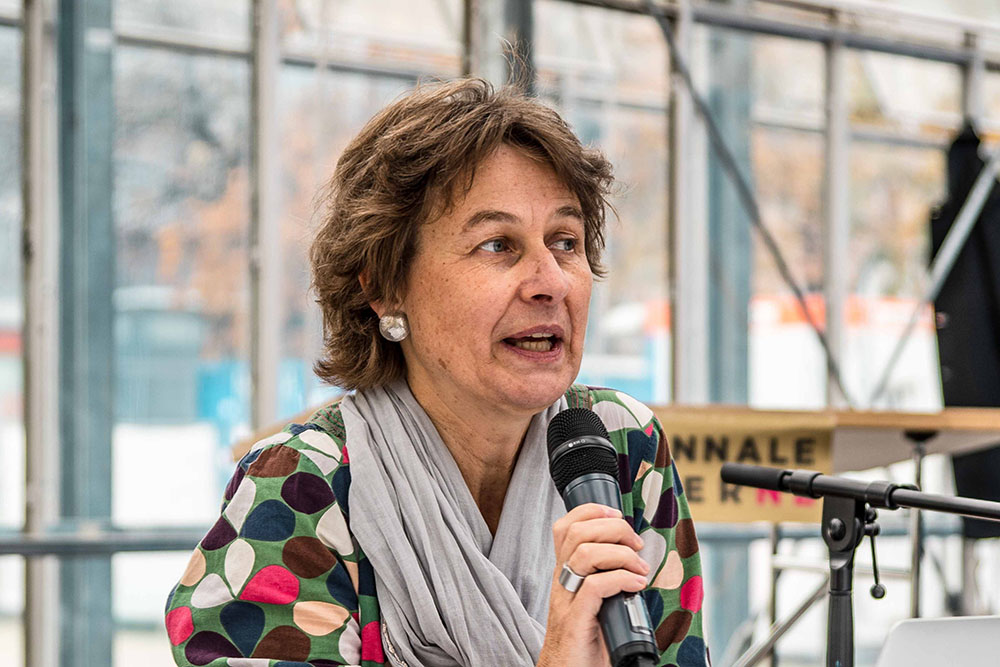 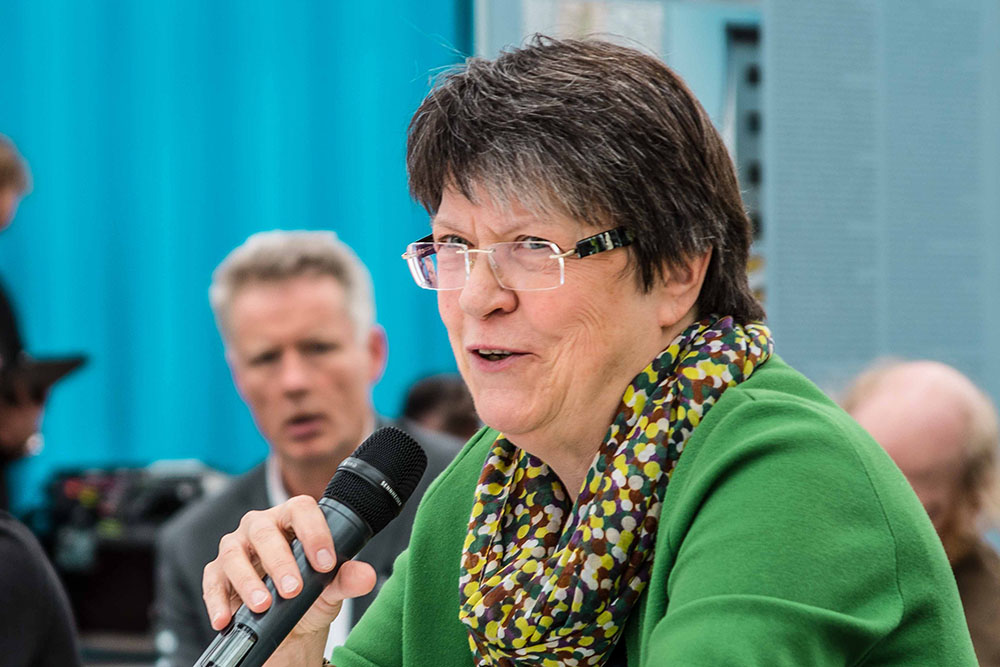 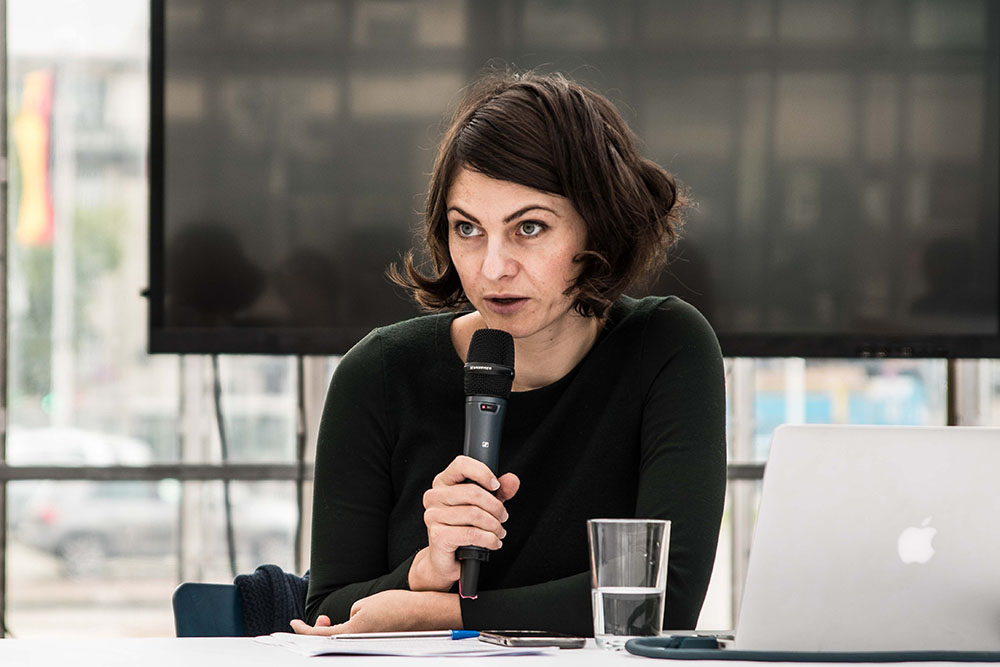 The symposium Functionalism and Bauhaus at the BHROX bauhaus reuse deals with the development and social identification with modernism and its reception in Central Europe. With a view to the emergence and perception of functionalist modernism using the example of Czechoslovakia and the status of the Bauhaus in the Weimar Republic, the symposium in Berlin looks at the development from the flowering of functionalism in the interwar period as well as the debates and the handling of the heritage in the post-war period in the countries of Central Europe and in both parts of Germany up to identification and reception today.

The event on the weekend of the Triennale der Moderne 2019 in Berlin is a contribution from the transnational festival re:bauhaus – modern emancipation, education, exchange.

After studying art sciences in Brno, Simone Hain received her doctorate in 1986 at the Berlin Humboldt University with a contribution to the history of functionalism under the title “Defense of Poetry”. The starting point of many years of research has always been the aesthetics of the constructivist Baseler ABC group and its most important interpreter, Karel Teige. She examined the development of the avant-garde and modern building as a learning process and conflict discharge and followed the Bauhaus into the GDR era. She is currently working on the Hannes Meyer reception by the philosopher Lothar Kuehne.

Thilo Hilpert is an architect, urban sociologist, author and professor emeritus for architecture at the Rhine-Main University of Applied Sciences in Wiesbaden. He studied sociology, German literature and art history in Mannheim and Göttingen, then architecture in Berlin and Paris and at the University of Kaiserslautern. During his studies in Ludwigshafen, he got to know the architect Le Corbusier personally, among others. From 1970 on, he conducted research in Paris on Le Corbusier’s work on the urban planning concepts of modernism. He held visiting professorships at the Graduate School of Fine Arts, University of Pennsylvania, Philadelphia, and at the University of Damascus, where he established postgraduate studies. In 1999 Hilpert was appointed member of the Scientific Advisory Board of the Bauhaus Dessau Foundation and of the “Première Rue”, Cité Radieuse Le Corbusier in Briey-en-Foret.

Vendula Hnídková is Marie Currie Research Fellow at the University of Birmingham where she examines garden cities movement in Central Europe. Since 2005 she has worked as a research fellow in the Institute of Art History at the Czech Academy of Sciences, and in 2017-2018 as an assistant professor at the Academy of Arts, Architecture and Design (UMPRUM) in Prague. Her research focuses on the history and historiography of modern architecture in the twentieth century and its social, political and economic context, especially in Central Europe. Publications by Hnídková include Moscow 1937: Architecture and Propaganda from the Western Perspective (2018), National Style: Arts and Politics (2013) and Pavel Janák. Outline of an Epoch (2009).

Jana Kořínková (*1981) is an art and architecture historian and lecturer based at the Faculty of Fine Arts of Brno University of Technology (Czech Republic). She has taken part in resech projects focusing on modernist architecture and urban planning and their influence on post-war modernism in Central Europe. She has been researching the topic of institutionalization of visual art and collaboration of artists and architects under totalitarian regimes. She is a long-term editor of Artalk.cz web magazine dealing with contemporary art scene. She lives and works in Brno.

PD Dr. Beate Störtkuhl, art historian, science coordinator at the Federal Institute for Culture and History of Germany in Eastern Europe in Oldenburg and a lecturer at the Carl von Ossietzky University there.

Main areas of work: architectural history of the 20th century; History of Science; History and theory of historic preservation.

Prof. Dr. Kerstin Wittmann-Englert has been an associate professor since 2010 at the Technical University (TU) of Berlin and since 2005 a research associate same subject area of the TU Berlin. Previously she was a research assistant in the field of art history at TU of Berlin and visiting lecturer at the Free University (FU) of Berlin. She is a member of the expert group of the International Scientific Committee n 20th century Heritage (ICOMOS), member of the Working Group for Theory and Teaching of Conservation Association „Denkmalpflege e.V.“ (AKTLD) and member of the Scientific Advisory Board of the Wüstenrot Foundation. She was the chairman of the State Preservation Council (Landesdenkmalrat) of the Federal State of Berlin and architectural editor of the magazine “Kunst und Kirche”.

Helena Doudová is curator of the Architecture Collection of the National Gallery Prague and editor of the final publication the Shared Cities Atlas (nai010, 2019). She gained curatorial and museum experience as research and curatorial fellow of the International Museum Program in the German Museum of Books and Writing in Leipzig (in collaboration with the University of Erfurt and the German Federal Cultural Foundation 2016/2017), as a Robert Bosch Fellow at Architecture Museum of the TU Munich – Pinakothek der Moderne (2011–2012) and as an intern in the German Architecture Centre DAZ in Berlin (2013–2014). She initiated and curated, among others, the exhibition Baugruppe ist super! in the Kvalitář Gallery in Prague, Image Factories: Infographics 1920-1945: Fritz Kahn, Otto Neurath et al. (DBSM, Leipzig). She is a PhD candidate at the Institute of Art History of the University of Zurich. She was awarded DAAD research scholarship, Aktion Österreich scholarship and others.