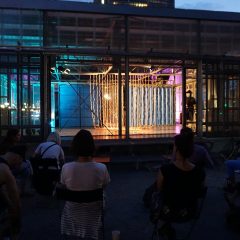 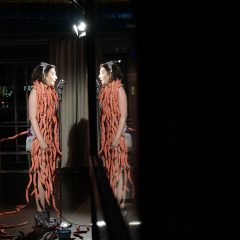 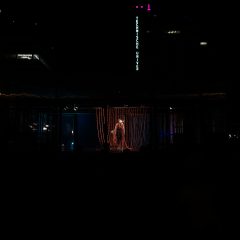 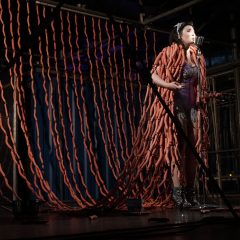 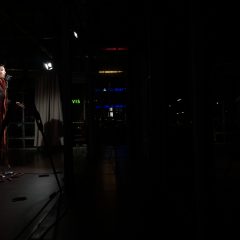 Here we stand at the fat edge of the world and ask ourselves: What should we take a slice of?
What is the innermost core in this cold cuts that we can all feast on?

“The Dance of a Thousand Sausages” is a variety performance series by actress and author Nolundi Tschudi. With fleshy elegance and seething ecstasy, she moves through the themes of our time and dissects everything that gets in her way. She arranges it into a gigantic, overflowing butcher’s platter. Because on the grill of our here and now it sizzles violently. Even though it was just so quiet and we were quietly pulling in the sausage water, in our jar-like isolation. We had so much time for an inner meat inspection, but now everything is turning back to the outside, the sausage meat is spilling out and getting into motion. The time has come to form a great solidarity sausage chain. And that will happen, this evening – even if we still keep a sausage-length distance from each other.

Nolundi Tschudi is an actress, performer, author and singer. She studied at the Academy of Music “Hanns Eisler” in Berlin and at the Zurich University of the Arts. Formative for her work were especially the collaborations with various groups in the independent scene, such as the Hauen&Stechen music theater collective, Glanz&Krawall, the helmis and the OperaLab Berlin. She was a member of the ensemble at the Theater Altenburg Gera. She also has a regular collaboration with the singer and performer Cora Frost.
In her own work, she creates performative-theatrical installations in which she progressively develops her own brute-poetic texts and art figures, which increasingly condense into solo performances.
Since mid-2020, she has been working freelance in Berlin, continuing the development of her solo variety performance series “Der Tanz der tausend Würste”. She is supported by LAFT Berlin as part of the Performing Arts Program’s mentoring program.