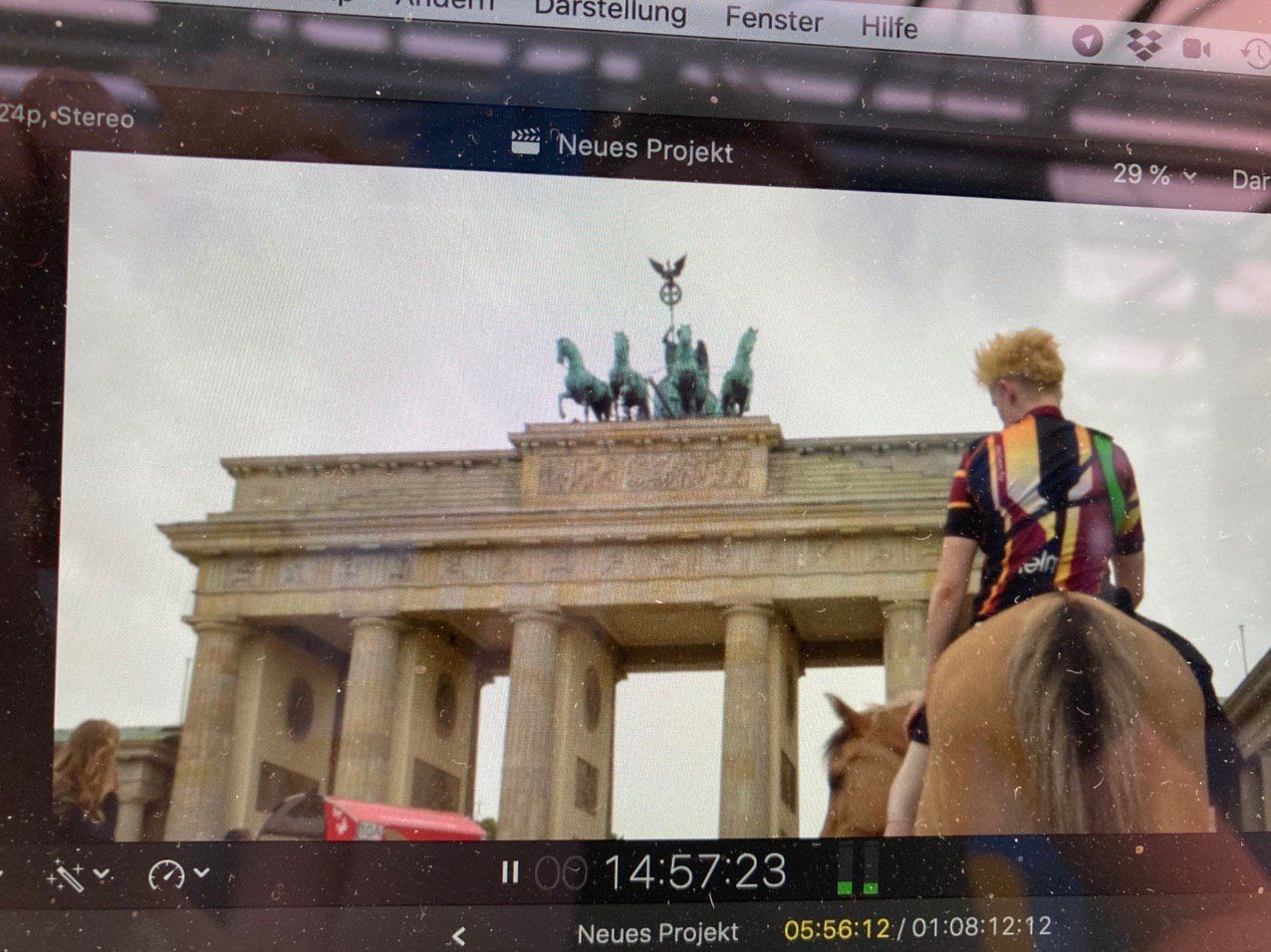 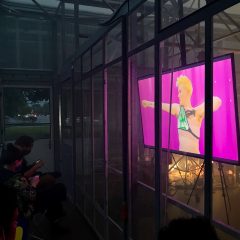 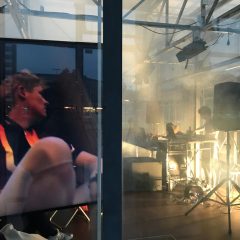 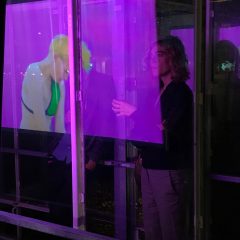 “Do you absolutely believe that I am an Amazon”

Warriors, queens, horsewomen, breastless women – what does the Amazon stand for, what myths, images and stories entwine around her? Using video, sound, light and choreography, Heinrich Horwitz and Rosa Wernecke approach the figure of the Amazon and question her about her queer-feminist topicality. During their residency at the bauhaus reuse, archery, female equestrian combat and brooding are brought into contemporary contexts of feminist struggle in an artistic research. Video sketches, choreographic settings and the founding myth of a band are created.

Heinrich Horwitz is a director, choreographer and actor. Heinrich studied acting direction and choreography at the HfS Ernst Busch Berlin and since then has been realising productions in the independent scene and at various municipal theatres. Heinrich was invited to the Heidelberger Stückemarkt, to the authors’ festival Maximierung Mensch in Trier and was awarded the Dance and Theatre Prize of the city of Stuttgart and the state of Baden-Württemberg. Since 2017 Heinrich has been working continuously with the Decoder Ensemble. They have also worked as a choreographer and dramaturg with Alexander Schubert, Carola Schaal and Sarah Nemtsov. In addition to directing, Heinrich also works continuously as an actor in theatre, film and television, including in feature films by Angela Schanelec and episodes of Tatort and the Bolzano crime thriller. Heinrich received the Adolf Grimme Prize for the role in Bruder Esel. Since 2016 Heinrich has been working with the artist team The Agency for the productions Quality Time, Boys Space and Take it like a man. Since 2016 Heinrich has a teaching position at the Acting School Bühnenstudio Hamburg.

Rosa Wernecke born 1986, lives and works in Berlin and Frankfurt. She studied applied dramatics in Gießen and media arts in Cologne. She is the co-founder of the feminist performance and media collective Swoosh Lieu and of the FLINT* (Female, Lesbian, Intersex, Non-Binary, Trans and related communities) network gefährliche arbeit. As a light and video artist, she works for performance, dance and new music, among others with Simone Dede Ayivi, Katharina Pelosi, Heinrich Horwitz, Sarah Nemtsov, Rose Beermann, Iva Sveshtarova, Lukas Und and FuturIIKonjunktiv. She taught lighting design and theatre technology at the Institute for Applied Theatre Studies in Gießen along with performance studies in Hamburg and gave workshops at the Stückemarkt of the Berliner Theatertreffen and the Berliner Theatertreffen der Jugend. In 2018, she received the postgraduate scholarship “Artistic Research” from the Hessian Theatre Academy. In 2019, she was an artist-in-residence at the Villa Kamogawa of the Goethe Institute Kyoto Japan; in 2020, she received a scholarship from the Cultural Academy Tarabya in Istanbul.