Past activities of bauhaus reuse at Bauhaus-Archiv, Berlin 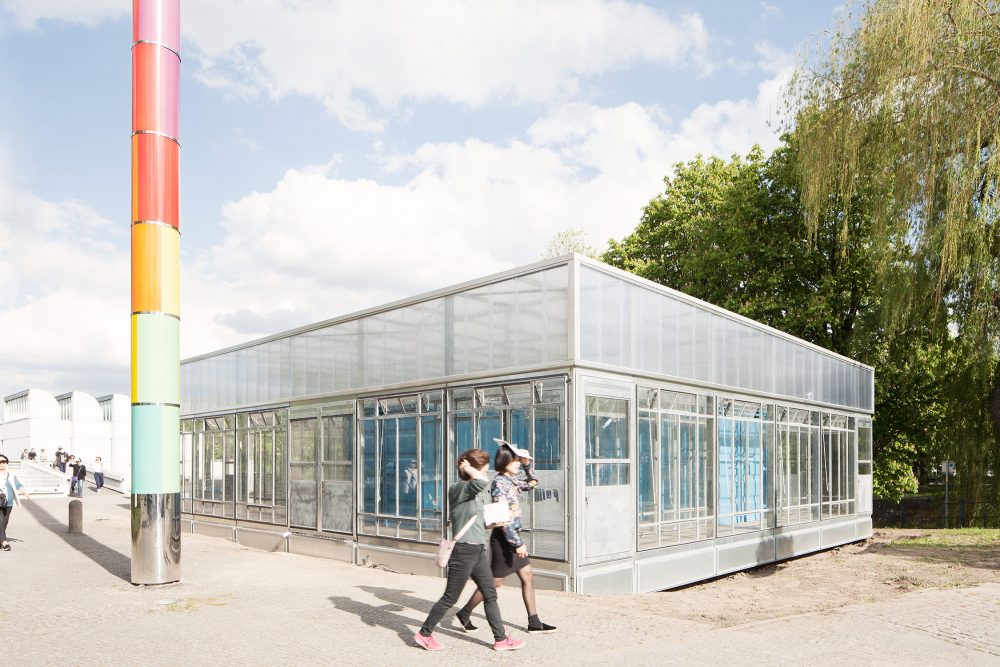 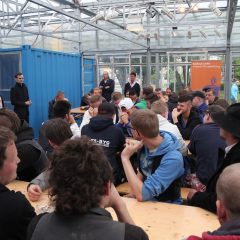 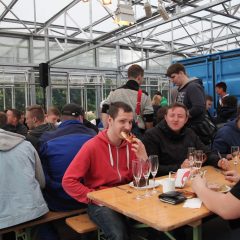 Past activities of bauhaus reuse at Bauhaus-Archiv, Berlin

From 2015 to 2018, the bauhaus reuse stood on the grounds of the Bauhaus Archive in Berlin-Tiergarten, built as a teaching construction site with construction trainees in a kind of “educational construction hut” from mid-2014 to May 2015.

The idea of the project – to take up the architectural legacy of the Bauhaus in an experimental and thereby both concretely material and meaningful way – found its implementation between 2015 and 2018, among other things, as an information center on Bauhaus, in the Bauhaus workshop and as an event platform for the examination of architecture, design and urban development. The events focused on the themes of Bauhaus and the heritage of modernity, quality and sustainability in planning culture and development, and recycling and resource conservation. As a recycled building itself and as a model project, the bauhaus reuse provided inspiration on the topic. Through reuse, the project reflects on ways of dealing with material and cultural heritage; a tightrope walk between marginalization and de-marginalization, between old and new, between charging with meaning, icon and neutralization as usable material.

The temporary building bauhaus reuse consists of about 100 meters of facade elements from 1976 from the Bauhaus in Dessau, which were provided by the Bauhaus Dessau Foundation. The components were removed in 2011 on the occasion of the energy renovation of the Bauhaus building and reassembled for the experimental reuse project bauhaus reuse.

The opening ceremony was introduced in the presence of numerous guests and project partners with speeches by the Director of the Bauhaus Archive Dr. Annemarie Jaeggi, the Managing Director of the IKEA Foundation Peter Takacs and by Robert K. Huber, Managing Partner of zukunftsgeraeusche GbR.

Since its opening, numerous program events of various formats have taken place at bauhaus reuse between 2015 and 2018.

1,150 children and 136 teachers have participated in various formats of workshops, conducted by museum educators from the Bauhaus Archive. The museum educational formats took place in cooperation with Jugend im Museum, among others.

Discussion series “The Quality of the City” (DQDS):

Initiated by zukunftsgeraeusche and carried out in cooperation with the Bauhaus Archive, the Berlin Chamber of Architects, Kompetenzzentrum Großsiedlungen and competitionline, the series took place in 2015, 2016 and 2017. The events enjoyed very great interest and attendance, the audience amounted to the maximum capacity of the building in each case. As the name of the series suggests, the events were dedicated to the question of the quality of the city. The focus went beyond the city as a built environment. The quality that is created in built living spaces and their offerings was questioned, as well as what constitutes urban qualities and how they can be created or maintained.

The project “25 Years. Living in Change” was a two-part series of events by zukunftsgeraeusche, held on the occasion of the 25th anniversary of German unity and the 20th anniversary of the Berlin-Prague city partnership, sponsored by the Federal Agency for Civic Education (bpb) in Prague (02.10.2015) and Berlin (10.11.2015). The event in Berlin took place at bauhaus reuse. The discussions and film screenings addressed the dynamic changes of cities and urban life since the fall of the Berlin Wall, in a broader European perspective.

Within the framework of the international educational project “Implementation of the German-Israeli Vocational Training Project Sustainable Building” / “Israeli German Sustainable Building Education” led by zukunftsgeraeusche with Israeli and German universities and vocational training institutions. In the German-Israeli exchange project, funded by the German Federal Foundation for the Environment (DBU), German and Israeli trainees and students will develop in 2015, 2016/2017 and 2017/2018 a practical and theoretical project on the topic of sustainable building based on the common building cultural heritage of modernism and the Bauhaus and its teachings, combining planning and practice in the solution of a common task. More information: www.igsbe.org